Why Buy an American Car

As the following charts and tables show, each year (except during the Great Recession) we have been buying some $200 billion more motor vehicles and parts from other countries than we are selling to them.  Sending that $200 billion abroad, instead of spending it in America, is costing us some two million jobs.  By bringing that spending home, just enough to balance trade, we can bring those jobs home, and restore the communities that were destroyed when we sent the jobs away.

Looking country by country, we see our chronic worst offenders.  At least we run a surplus with Canada in vehicle parts, which are sent back to us in the vehicles whose final assembly occurs there.  Mexico shows the false promise of NAFTA (now USMCA), with a deficit in both parts and vehicles totaling some $98 billion, nearly half the total, a lost opportunity for a million jobs.  China has roared onto the scene, now accounting for as much of a trade deficit in vehicle parts as Japan. 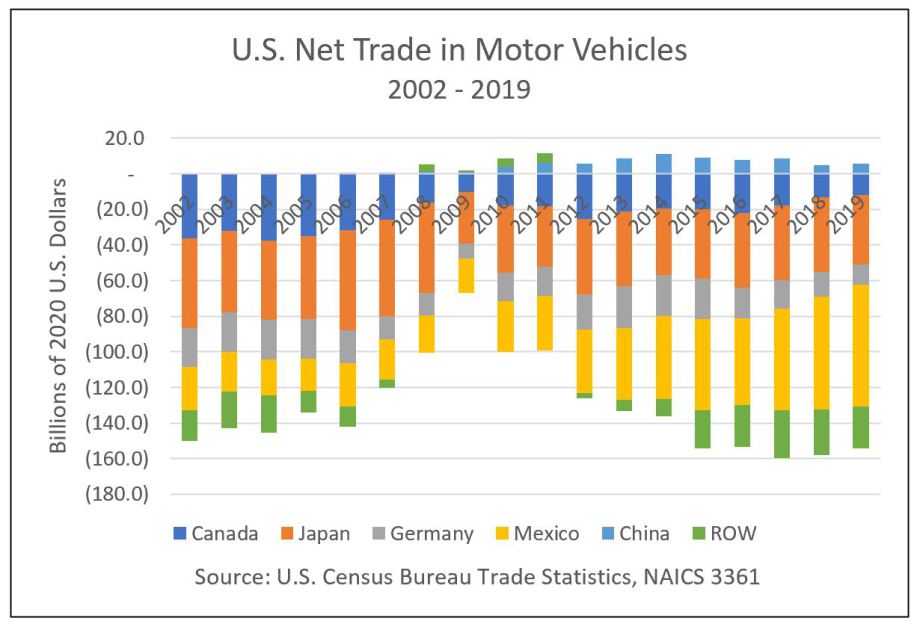 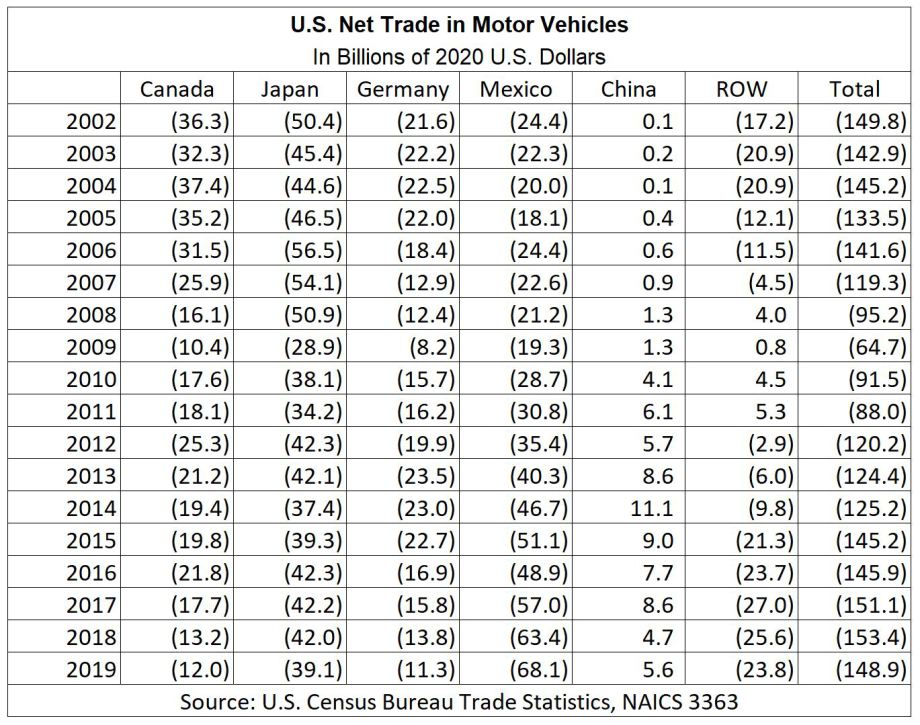 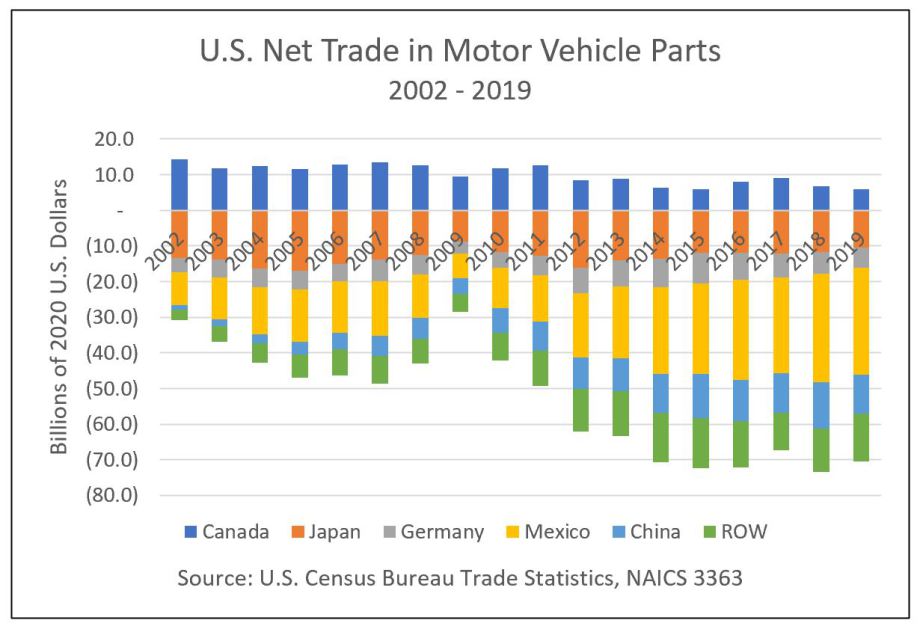 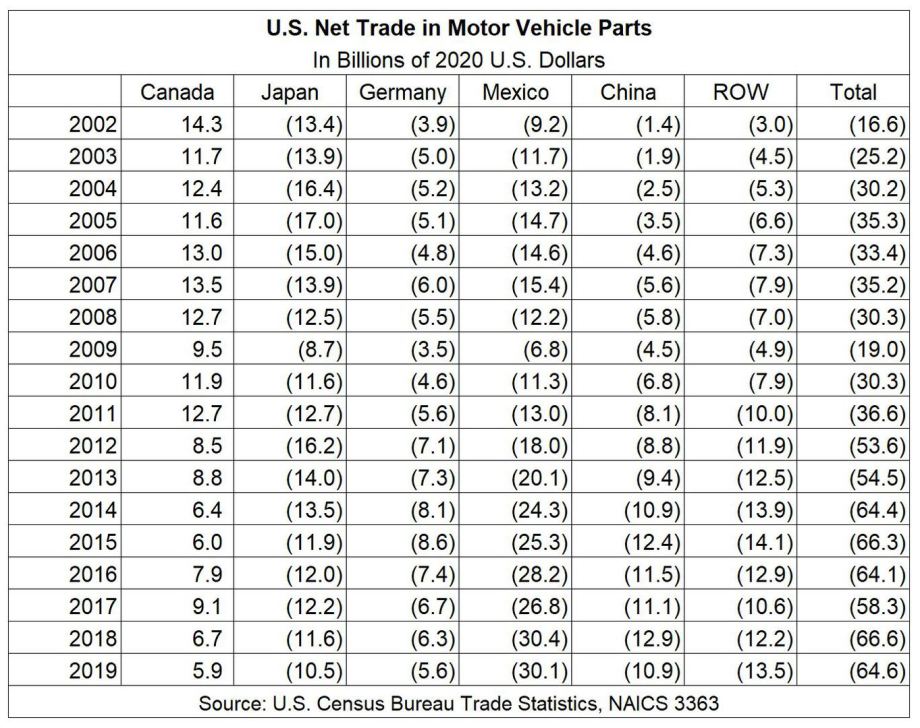 We can turn this around.  For information on how, click HERE .